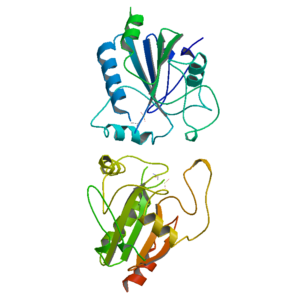 Glutathione peroxidase is a selenoenzyme that protects cells from oxidative stress caused by reactive oxygen species, which are formed during the normal course of cellular operation. Oxidative stress induces cell damage by alteration of macromolecules, such as fatty acids in membrane, essential proteins, or DNA. This action has been implicated in diseases, including inflammation, cardiovascular disease, mutagenesis and cancer, dementia and the aging process.

Furthermore, during a stroke or heart attack episode, when the clogged artery is unblocked to save the patient, a sudden flow of oxygen (reperfusion) causes significant damage of the tissue via the oxidative stress process. Having the ability to administer antioxidants that mimic the activity of glutathione peroxidase to scavenge the reactive oxygen species has a significant potential in prevention of heart or brain tissue damage during heart attack and stroke procedures.

Small selenium and tellurium-based antioxidants that mimic the activity of glutathione peroxidase have potential to impact the mechanisms by which these diseases are developed or inhibit their effects.

One such small selenium-based molecule that mimics glutathione peroxidase is heavily studied Ebselen, which has been a topic of many clinical trials; including recent FDA grant of fast track designation of ebselen to treat Meniere`s disease, which was linked to the loss of glutathione peroxidase activity. Recent advancement in the UK have linked ebselen to potential treatment for a motor neuron disease.

We are experts in the design and synthesis of selenium small molecules similar to ebselen. We strive to increase the activity and lower the toxicity of glutathione peroxidase mimetics.

Contact us for more information about our research in this area or potential partnership opportunities.